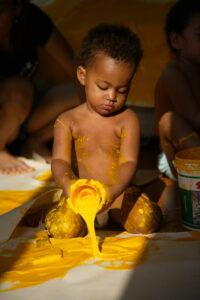 Tort reform has been sold to us as an easy way to reduce high medical costs and frivolous lawsuits.  More accurately, tort reform limits the ability for ordinary people to get justice in our courts. It also makes us less safe. A tort is harm caused to a person by the actions or inactions of a person or corporation.

There are several forms that tort reform takes. One form raises the criteria so high that those harmed can’t file for relief at all. Consider the case of Yasmin Clark.

Yasmin was hospitalized as a toddler and again at 5 years old for severe lead poisoning due to inhaled paint particles. She had 10 times the level that recently raised the alarm in children in Flint, MI. She continues to suffer significant irreversible neurological damage due to the neurotoxin lead, according to a lawsuit filed on her behalf in 2006, after the second hospitalization. Cognitive and developmental damage is well documented, even at levels lower than Yasmin’s.

Tort reform could deny Yasmin her day in court.

Ten years after she filed a lawsuit, her guardian ad litem and she continue to fight for justice and the funds she needs counteract the damage done to her by the lead paint. The case has not yet come to trial. There have been many delays and several causes. One of the most egregious is the tort reform measures passed in Wisconsin while the case was in the courts.

Two “reform” measures are under a pay-for-play cloud

In 2011, several politicians in Wisconsin were facing a recall election. They had an urgent need to replenish campaign war chests. New evidence shows that they turned to paint manufactures with cases before Wisconsin courts, among others. A special investigation ordered by a judge into campaign funding uncovered emails and other documents that relate to what appears to be a pay-for-play scheme to raise funds.

The governor immediately asked his chief fundraiser for a plan. Among her first recommendations via email were to go after the “national tort reform community” for donations. The appeal she named was legislation. She specifically named IRL, presumably the IRL Group Limited which produces paint.

One of the major contributors to the campaign fund was Contran Corp, which owned NL Industries. NL is a paint manufacturer. Before the recall, the legislature had passed a “tort reform” law which made it impossible to sue paint manufactures. It required that the victim be able to prove that the airborne lead they inhaled was manufactured by the specific paint company. Since lead paint is very old and mostly in building that were rented, it is impossible to prove. It would have prevented Yasmin’s lawsuit altogether, if she had not filed five years earlier.

The legislation, which did not pass at that time, was design to make the earlier ban retroactive. It meant that Yasmin could not recover the damages lead paint had caused.

Yet, RL persisted until the law was passed. In 2013, with the help of a RL lobbyist, they enacted the law that bars Wisconsin children who have been damaged by lead paint from getting medical bills, rehabilitation and living costs paid. This time it included Jasmin and all the other children in her lawsuit.

After 10 years there are still more delays

Both versions of the Wisconsin tort reform laws are being appealed. Waiting for the appeals to take place is yet another delay in a long list of delays for Jasmin and the other children. Their lawsuit was returned from the state Supreme Court to the Court of Appeals, recently based on a separate technical issue. Remember, these delays and appeals all are occurring before Jasmin’s case ever gets a hearing. At this rate, Jasmin may never get the compensation she needs and deserves.

Another function of these kinds of legislation is to run out the clock so that those who put our safety in jeopardy never have to pay. It makes the calculations when corporations know they are producing a harmful product easy. With tort reform laws in place it is cheaper to sell defective products and pay out small amount to those who are hurt or killed, than it is to make the changes needed to create a safe product.