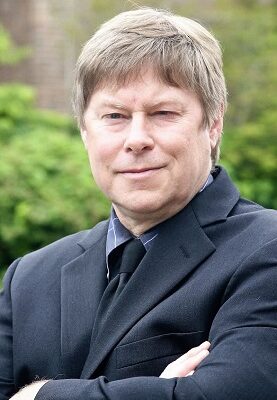 David Jones began practicing family law, including divorce and child custody cases in Kitsap County 26 years ago. In fact, all aspects of family law form the focus of his practice. For the last 18 years, he has worked exclusively in family law in Port Orchard. If you fear your family law case will go to trial, choose David Jones and his extensive trial experience and in-depth knowledge of how best to tailor his argument to the individual judges in the county.

He also serves as a judge pro tem for the Kitsap County Superior Court. In this role, he puts his years of experience serving as a commissioner for settlement conferences to assist people to settle their issues.

Although David is in front of a judge an average of three days a week, in more than 90% of his cases, he helps people work out their differences and get on with their lives. He sees each case as unique and works to craft agreements that fit each distinctive situation. Whether it is necessary to litigate the case or possible to negotiate a settlement, David Jones will stand with you. He is outstanding in educating his clients on the law and coaching them through crises. As a result, he assists you in making reasoned decisions in difficult times.

He has worked on some of the most difficult child custody issues in the county, including several trials on the relocation of children. David’s own two children form a touchstone when helping people through the child custody process.

David is an active member of the Port Orchard community. He is a member of the South Kitsap Rotary and was named Rotarian of the Year in 2013-2014, as well.

David is well-regarded in the legal community. He was voted best attorney in South Kitsap in 2011 and was runner-up in 2012. He currently assists other attorneys to gain family law knowledge by teaching continuing legal education seminars in Kitsap County.

Make an appointment with David for a consultation on any family law matter.

Family law appointments are available at our Port Orchard office.